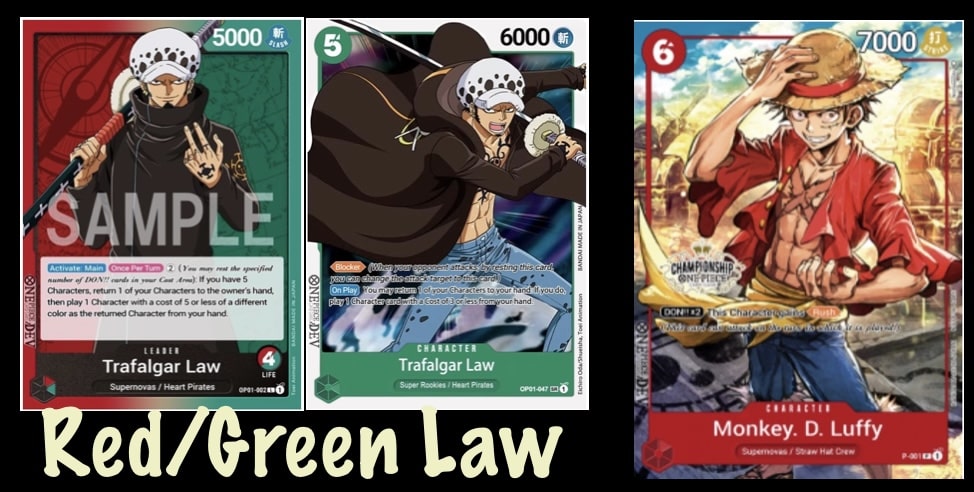 The biggest One Piece tournament in Singapore was hosted by Kavdeans Den with the participants of 500+ pirates.

We did an interview with Jiahui, the winner of this event, bring back home the Championship Luffy promo card. His deck is not the consistent tier-1 green Kid, also not the high-power Kaido force, but flexible and aggressive Red/Green Law. Let hear out what he will share with  us his experiences. 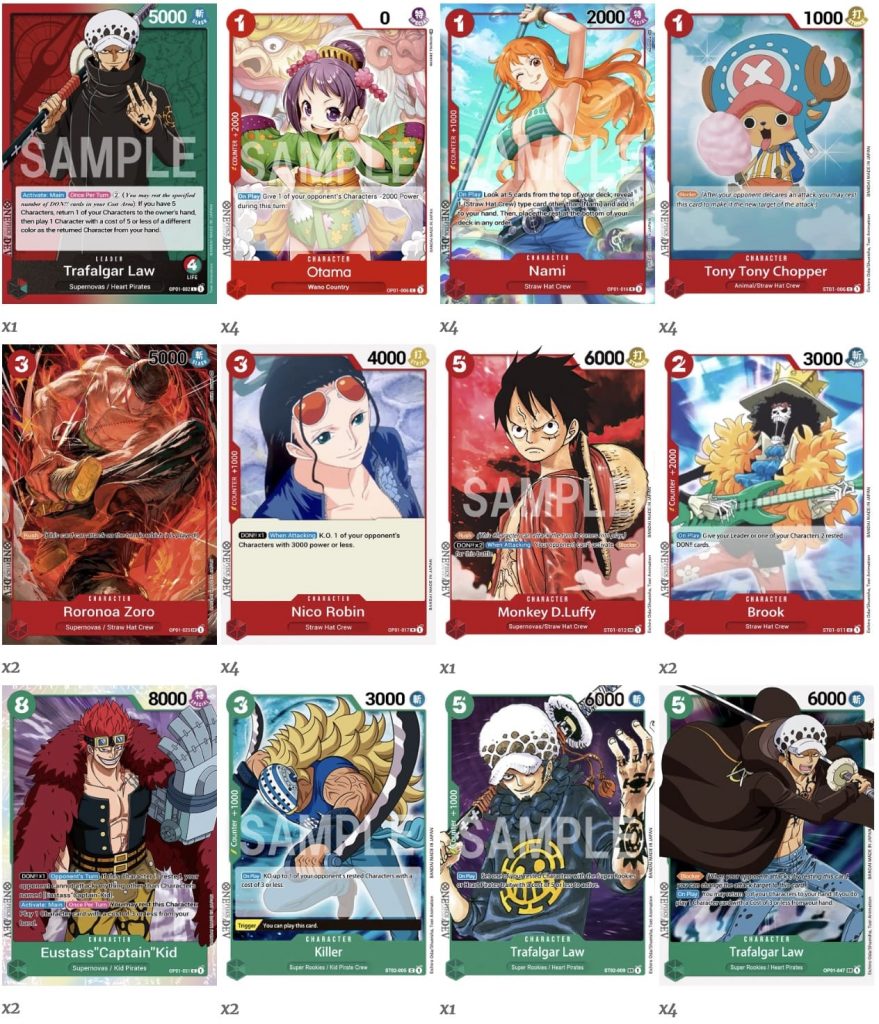 1. Could you introduce yourself and how you enjoy/experience the OP Card Game so far?

Jian Hui: Hi everyone, Jianhui here! I have been playing TCGs competitively for the past 10 years and I’m definitely still going strong! I have an amazing playgroup that I practice and build decks with, introducing @TeamSeafoodKing !!! Shameless plug here but we have recently started our Patreon page! It’s currently free for now so do check out our page for valuable insights on the game. Link on our Twitter page!
OP card game is actually one of the best TCGs I’ve played throughout my TCG stint. Being a competitive player, I enjoy TCGs that requires a high skill ceiling so that it is easy to differentiate the best players from the better ones, and OP TCG definitely stands out for me in terms of deck-building and gameplay. Not to mention that I am a diehard One Piece fan! 🙂
2. What is the reason you brought your Green/Red Law deck to this tournament, and what is the strength of your deck in the current OP1 meta?
Jian Hui: Red/Green law is definitely one of the most consistent decks in the meta with searcher cards like Nami/Bonney to search your deck for relevant cards to deal with each matchup you face. It generates board presence quickly with Law Leader skill to gain insane value by exchanging a cheap cost card to summon potentially 8 Don worth of units with OP-01 Blocker Law! It is also one of the most intricate decks to master and greatly rewards you if piloted well.
Personally, I chose a more control variant of RG law as compared to the more common aggressive variant with more copies of Luffy and Zoro. It fits my playstyle more and it has generated better tournament results for me at my local card shops. Really glad it worked out in the end for me! 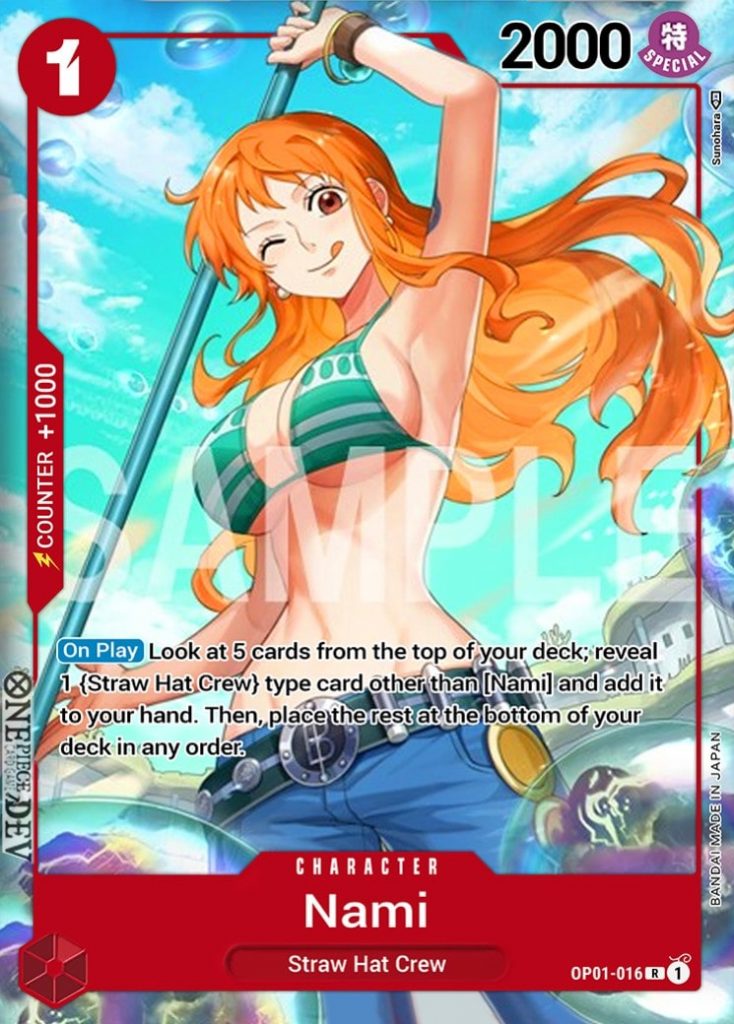 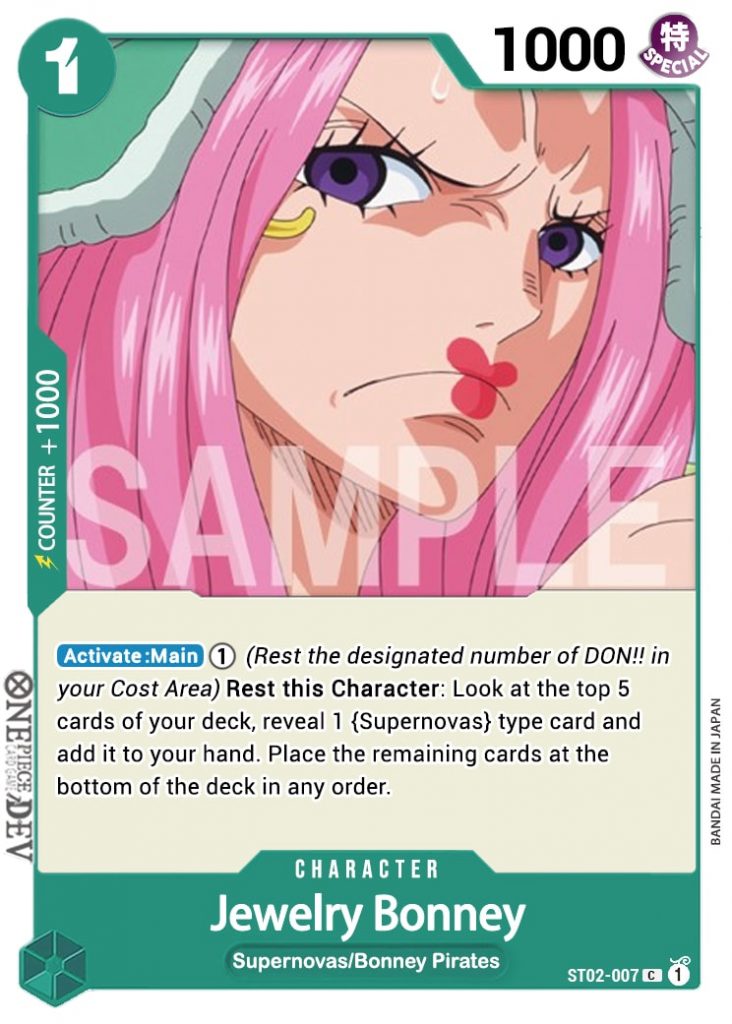 3. How were your matchups against other color decks in the tournament?

Jian Hui: The majority of the decks I played with are Green and Purple decks. Green decks are generally easier to play against due to my RG Law’s ability to dominate board presence, which will cause a problem for Green decks due to their dependency on a strong board to win the game. I definitely had an easier time playing against Green in the tournament.
Purple decks are more challenging and unpredictable due to their ability to high roll into the ‘nuts’. I went 6-1 in swiss and only dropped my last swiss game against a Purple Kaido, who went Castle -> 6 King -> 6 King into 9 Kaido. I adapted a more aggressive playstyle when playing against Purple by searching for Rush characters to put maximum pressure on them while aiming to end the game quickly before it snowballs into an unwinnable situation.
Last but not least, I only played 2 mirror RG Law games the entire day. For this matchup, it’s pretty much dependent on each player’s skills when piloting the deck and luck is also a relevant factor in a mirror game of course!

4. Please give us some comments/feelings regarding the event ?

Jian Hui: I was definitely excited and was really looking forward to participating in the first-ever major tournament hosted in Singapore for One Piece CG. It was a nail-biting roller coaster ride, especially in the Swiss rounds as only players who attained a perfect score of 7-0 are guaranteed a spot in the top 16. Nonetheless, the event was really fun and I had a really good time there! After this win, I would also hope that my team and I can recreate the same success in the upcoming major tournaments be it in Singapore or other countries =)

5.  Which Deck will you play in OP2 Paramount War?

Jian Hui: I’m a HUGE Marine fanboy and will definitely be building all the Black decks for OP2. Do let me know if anyone of you is interested in letting go of your Black AAs from your pulls! 🙂
6. What are some of your future goals for you/your team?
Jian Hui: We hope to recreate the same success at the upcoming One Piece Championships, not just in Singapore but overseas too! Just as I’m typing this, my fellow teammates Alfred and Hanyong, have won the One Piece Championships hosted in Manila!
Do follow us on Patreon Instagram and Twitter for more OPTCG updates, be it Meta discussions or Card Evaluations! We are trying our best to keep churning out content so please support us!! 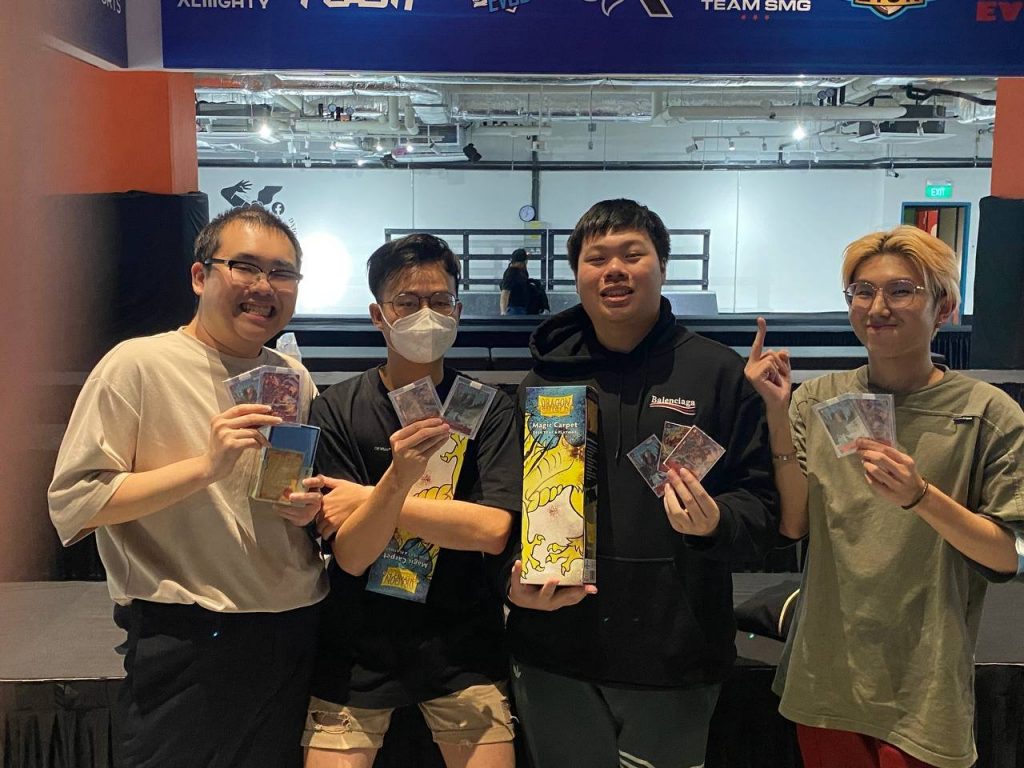 Why Zoro Rush is so strong in OP2 Meta