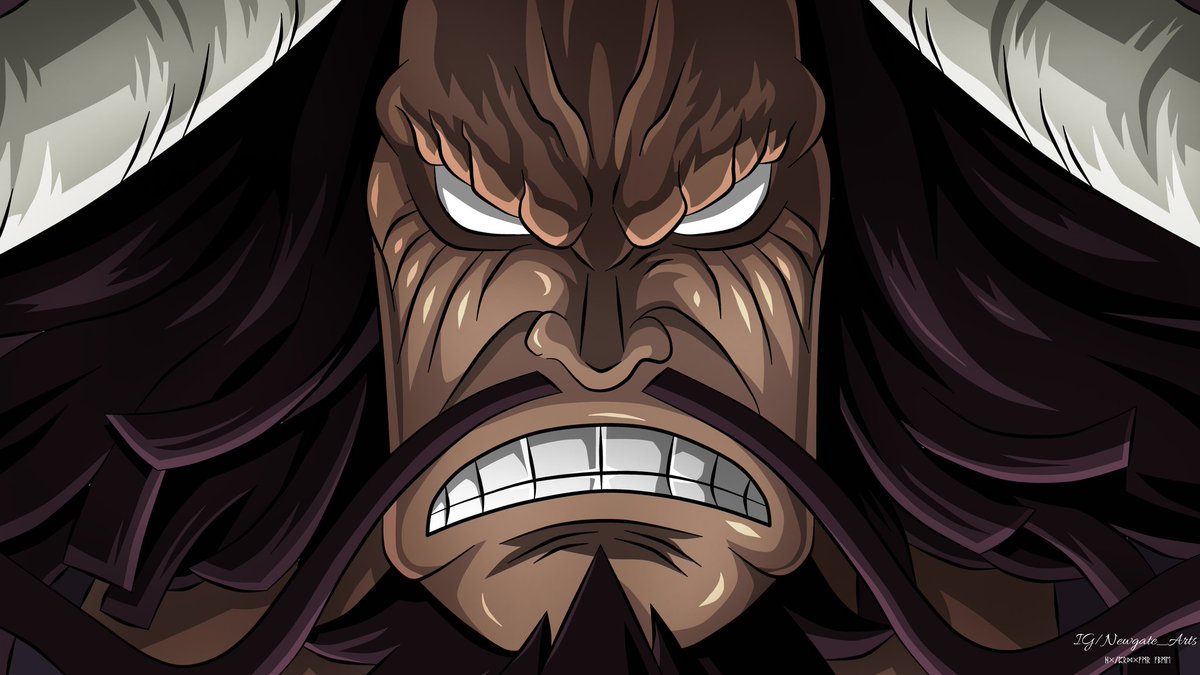 The final was the battle of 22 players who represented their countries by winning their prelims tournaments.

Ahoy, my Hearties! My name is Meh Kah Lok, or easier to remember, Captain Jackle, similar and by coincidence but not named after the great pirate Jack Sparrow nor Jackie CHAN, and I am a card game enthusiast for decades. I've been playing for many years and have had the pleasure of competing in several tournaments. Although I have had some successes, I consider myself to be always a bucko of the game, always learning and trying to improve my skills. I've been playing card games for many a moon, with a particular fondness for games like Yu-Gi-Oh and somehow Digimon. I am excited to be a part of this community and look forward to ready to hoist the sails and navigate the rough seas of strategy.

I used the OP02 prison city series to fortify me defences. Hannyabal be a mighty fine crew member, takin' care of scallywags like Nami, Bonny, and Momosuke during battles against red and green teams. I also use cards like the event 2-don Hell’s Judgment; blocker Domino and Sadi for defence. Recently, I added Shiryu to me crew, specifically for countering red/green 1-don key card, and also to amplify King similar board control effect in some cases. 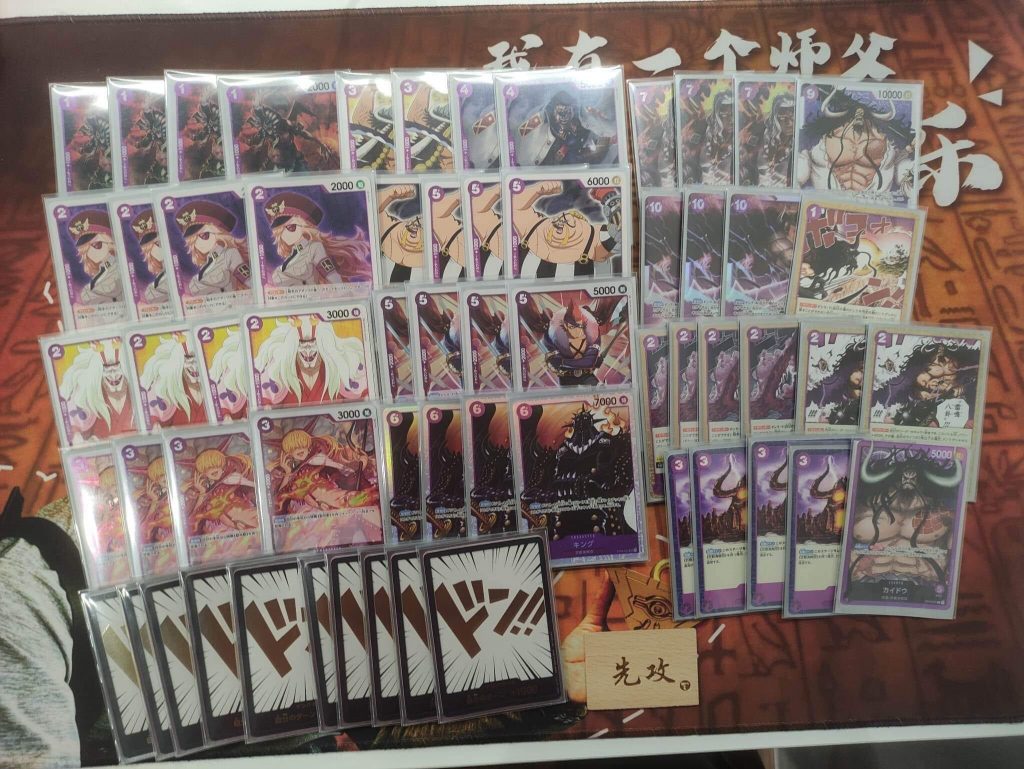 Check out this link for the decklist in One Piece Top Decks.

For my offensive strategy, I still mostly rely on Purple Kaido King's system for its powerful destructive capabilities and strong attack abilities, as well as its leader's skill to deal extra damage.

During this SEA Championship, I had almost given up after losin' two games in Swiss 5, but I managed to qualify in 4th place and went on to defeat the two mateys I lost to in Swiss in the Top Cut and score the championship. It is a surprising and fortunate turn of events.

In the early stages of OP02, I used Kinemon Green Deck conquering the rough seas, eventually changed back to Kaido for this SEA Championship, and won with the deck of evil purplish crew I was most confident in and with no regret. It is a feelin' that's hard to describe, but let's just say it be pretty amazin'. I want to thank me crew, the MEHvolutionary Army, especially Ivan Carlos Xuan. Thank ye.

Last but not least, I be blessed with a wife that be always by my side, always supportin' me and cheerin' me on. She be meh first mate, meh confidante, and meh rock. She be the one who keeps me steady when the seas be rough, and she be the one who celebrates with me when we reach port. She be the one who believed in me, even when I doubted myself. She be the reason why I keep pushin' forward and strive for greatness. Her love and support be the treasure I treasure most. I be forever grateful for havin' such an amazin' wife by my side.

The SEA Championship began with 5 rounds of Swiss and unfortunately, my first round did not go as well as I had hoped. I had ONIGASHIMA as my starting hand and thought that I could control the opponent's field with KING, but I couldn't draw into KING or KAIDO even though I had 2 QUEEN played to draw up 4 cards. To make matters worse, one of the Queens was Jetted, and by the time I finally got a 7-Don King, the opponent already had Whitebeard in the field. I was still trying to fight aggressively and take down the opponent's life, but I was defeated flatly and hopelessly. In the first round, I was defeated by Zoro, and in the second round, I faced Zoro again. This time I had Onigashima as my starting hand, and the strategic pressure of kings continued. The opponent had no characters to attack and no cards to counterattack. In the end, double down KINGS left the opponent with no chance. Victory.

Luck was still on my side in the third round, a mirror match, and I had Onigashima as my starting card. This made it difficult for the opponent to start, and towards the end, I put down a 10-don Kaido and blew up the opponent's field, but the opponent also counter blew up my field. However, I had the advantage of Onigashima and counterattacked with another 10-don blow up. In the end, both of us managed to blow up each other’s 10-don Kaido, but I got the last hit and won the game.

In the fourth round, I faced Zoro again and had a starting hand with a King. I was able to defend and attack smoothly and successfully, resulting in a victory. In the fifth round, I had Onigashima as my starting card, thinking it was only one round left and victory goddess standing on my side, but it ended up as a bad ending. I didn't manage to draw any KING or KAIDO throughout the entire game. The opponent's leader's pressure suppressed my hand size, my biggest character was Shiryu, and I was completely unable to continue fighting. Defeated.

Despite being disappointed with the 3-2 final score, I was fortunate to secure a spot in the top 4 cut. This was my last chance, but with the help of god, I hope to continue to navigate the challenging world of strategy.

In the top 4, I faced against R/G LAW-TH whom I met 5th round swiss and had Onigashima as my starting card. I chose to play kings and was able to get the advantage I wanted. My opponent had bad luck and didn't draw any fetcher characters. I continued to play kings to create pressure and my opponent was unable to use their leader's effect. Eventually, my opponent drew Bonny and I knew I had won as I had a 10-don Kaido. I was able to take out all the characters on the field with it, leaving my opponent with 4 cards and no health. My opponent was unable to draw any blockers and I won. This was a successful comeback for me.

In the FINAL round, I faced against Red Zoro-SG, who had defeated me in the first round. I did not have Onigashima as my starting card and did not have a king in hand. I had 1 10-don Kaido, 1 Thunder Bagua, 2 Hannyaba, and 1 blocker. I chose to play all of the Hannyaba and searched for Judgment of Hell and blocker Domino. I continued to defend and take damage to my leader. I sacrificed all blockers when I had 2 health left, and my opponent chose to attack my leader with Thunder Bagua. I was able to play a sleeping don and then take out all the characters on the field with 10-don Kaido. I then attacked with 4-don Shiryu and 2-don event, and my opponent was unable to defend against Kaido's attack, resulting in my victory.