Good day folks, this is Binoe and here’s my review of my Mono Purple Kaido deck that topped an OPCG Flagship Main tournament here in the Philippines last Aug. 27. The decklist is shown in the image below.

Why purple? At first, my answer to this is because it is the cheapest color but as the game progresses and I have seen the different mechanics, I saw that Purple has the potential to be the best control centric mechanic in the game because of the combination of KO skills and high-power characters. It is not that easy to pilot but the goal of the deck is simple – control the board and call the big guys!

The core card of the deck is the stage card Onigashima, this card enables the deck the play the high-cost cards earlier than the opponent resulting to a change on the tempo of the turns. The rested don from its effect also compensates for the minus don cost of the purple character’s effects. I usually take the Mulligan if I don’t have Onigashima in my hand, it is that important for the deck. It is also the usual early play for purple, making the deck a slow starter but very powerful mid game and late game.

Purple has some of the best characters in the game. Here are the key cards of the deck and my reasoning on why I chose them:
1. ST Kaido –  9 cost, 10K power with a very powerful effect – don minus 5, KO opponent’s character with 6 cost and below and then gains rush. One may think that the cost is really large as it is don minus 5 but with Onigashima and the free 2 dons at the refresh phase, it is not as painful as it looks like. Having a 10K character on your side means you have a big hit every turn that they need to block/counter, making the opponent waste resources with just one attack. It is also hard to remove on the field because of its high cost and high power level. It is also the answer of purple to the Kidd-Law combo of green as it can KO law on play and then attack the rested Kidd.

2. ST King – this is my favorite card of the deck. If you go first with Onigashima in hand, you can play this on your third turn and can KO the 4 cost character your opponent played the turn before. It has good stats with 6 cost which evades removal cards like Lion’s breath and 7K power making it out of range of the notorious Jet pistol.

3. ST Queen – 5 cost, don minus 1, draw 2, discard 1, 6K blocker. It’s cycle effect lets you filter your hand as there is a high chance that you’ll draw into multiple onigashima and load your hands with possible good cards and counter. Its stats are also good, a 6K blocker forces the opponent  to load dons to their leader just to go over its block. The only downside is that it is within the range of common removal cards.

4. ST Uta – 4 cost, 5K blocker with an on block effect to rest an opponent character with 5 cost or less for don minus 1. Versatile card, this usually forces the opponent to waste removal cards on it as it has a very good defensive effect.

5. Blast breath – 1 cost, +4K counter event for the cost of don minus 1. I think the design of this card is really busted. During late game, the minus don cost is negligible and the +4K counter is big. This card in combination with the large counters in the deck makes the defensive mechanic of the deck. The deck I used has 11 +2K counter cards – Sasaki, Ulti and Drake.

As for the build of the deck, this follows the standard build but with the addition of ST Ulti and Page One, I used these two instead of the Film cards Buena fiesta as Having Ulti and Page One on the board can add pressure to the opponent. I opt to not play Buena Fiesta as the deck is not film centric. This build also uses hand disruption in the form of OP1 Jack and OP1 Drake. 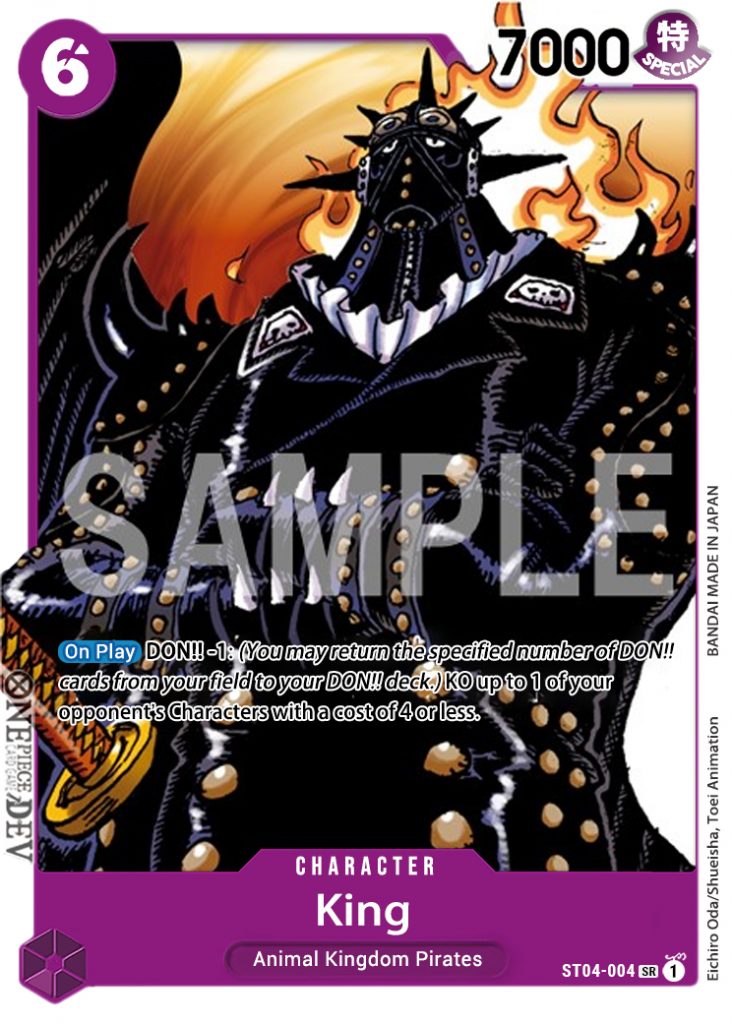 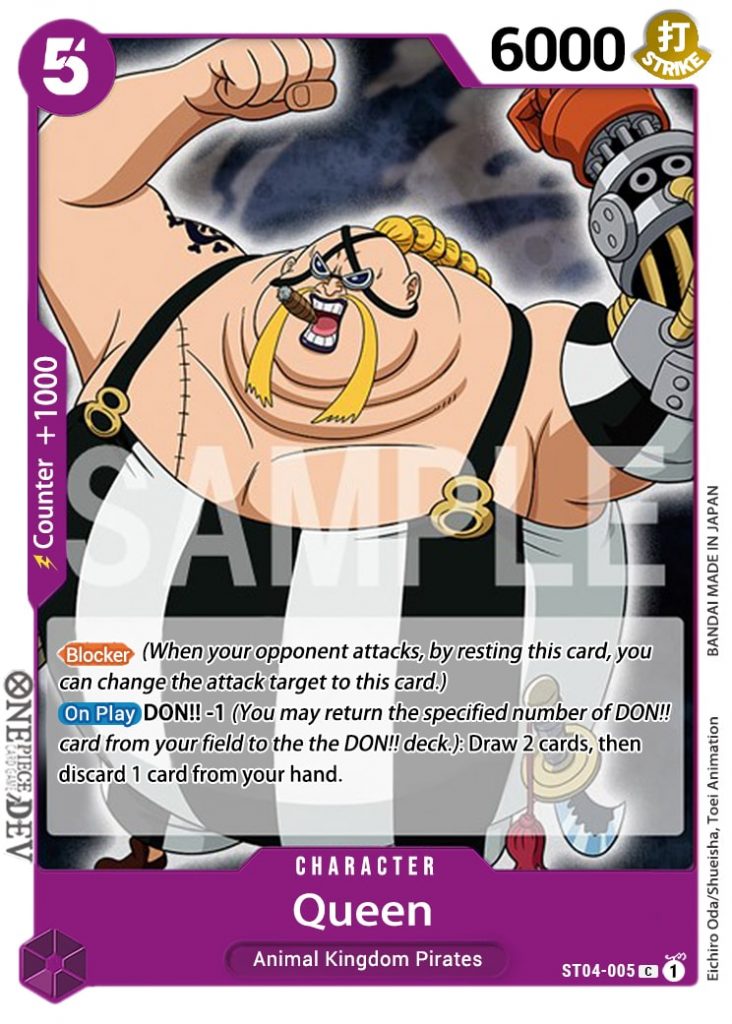 Here are the matchups I had during the tournament:
Elimination Rounds (5-0)

Rd 3: vs Purple mirror (1-0)
This is a really close game as both of us established our boards really well. It gets down to the wire and I won because I can protect my Kaido on his last attack.

Rd 4: vs Mono Red Zoro (1-0)
The result could’ve been different if the whos who in life didn’t KO his early rush ST Sanji. This shifted the tempo of the game and I kind of recovered from his early rush attacks.

Rd 5: vs Mono Green Kidd (1-0)
I’m against a really good Player and the game is really back and forth. My second 9 cost Kaido sealed the deal as he can’t guard 2 10K Kaidos on the board. I talked to him after the game and he told me he opt not to take a Mulligan even though he does not have Bonnie in his opening hand.

Rd 1: vs Purple Mirror (1-0)
This is really close as well. He managed to board wipe me with 10 cost Kaido when I had established my board earlier with ST Kaido and ST King. My Queen blocker came it clutch as he can’t close the game during the end game.

Rd 2: vs Blue Doffy (1-0)
I controlled the board early with King KO-ing most of his special summons. The goal against blue is to remove most of his characters and to set some blockers for the constant 7K attack of the Doffy leader.

Rd 3: vs Purple Mirror (1-0)
I’m against a friend and this is the most fun game I had. I have an established board with king, Queen and Kaido rush. He is waiting for the 10 cost Kaido to reverse the game but his deck gave him Bullet SR instead. I believe that Bullet is not so good as you have to wait another turn to utilize its power. ST Kaido is a lot better.

Rd 4: vs Mono Red Luffy (1-0)
All I can say is that blast breath is the best counter event in this format. I managed to claw up from an early onslaught because I can guard his game finishers with blast breaths